The summer of 1889 was particularly dry in the Pacific Northwest. Forest fires throughout the region were joined by a massive urban fire in Seattle on June 3rd. On August 4th, a fire ignited in a lodging house near the Northern Pacific Depot on Railroad Avenue in the city of Spokane Falls. Racing through the makeshift wooden buildings near the railroad tracks, the flames rapidly spread to the brick downtown. The fire department could not contain the blaze due to equipment failure. In the end, 32 blocks of the city center were razed.

These black and white images are a sample of the Northwest Room's collections showing the aftermath of this fire. Some of the photographs are views of the burnt-out streets and blocks indicating the physical effects of the fire and early reconstruction efforts. The others document the improvised quarters of businesses in the city in the period immediately after the fire.

Items in the Spokane Fires Collection 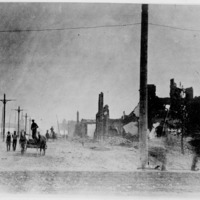 The first electric line being strung along Main Avenue after the 1889 fire. 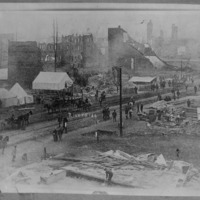 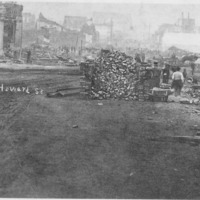 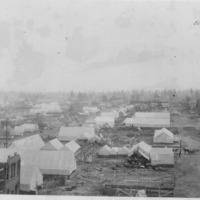 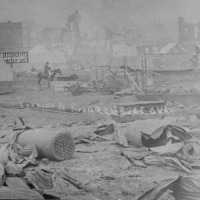 Looking north from Railroad Ave. after the fire. 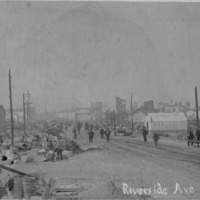 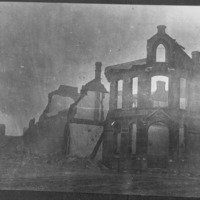 Remains of the Glover/Pioneer Block after the fire of 1889. 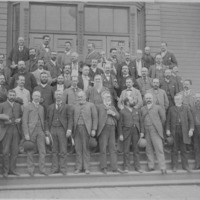 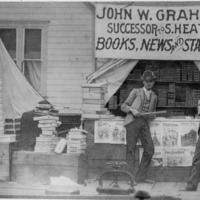 John W. Graham store in buisness in a tent after 1889 fire 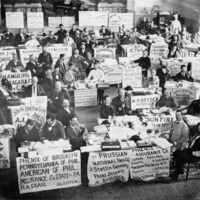 Insurance adjusters at work in improvised quarters after fire. 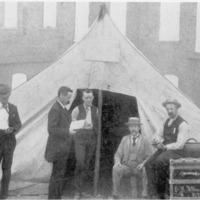 Drug store operating out of a tent after fire 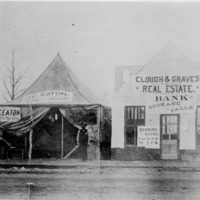 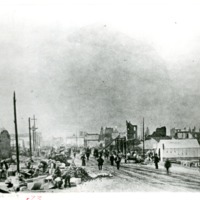 Riverside Avenue looking west the morning after the fire. 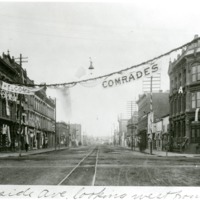 Looking west on Riverside prior to 1889 fire. 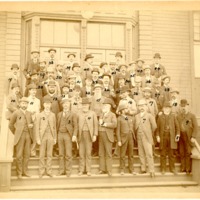 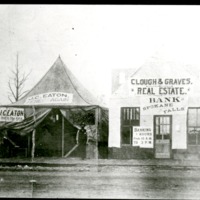 Offices of Clough & Graves Co. and J. C. Eaton Co. in tents after the fire. 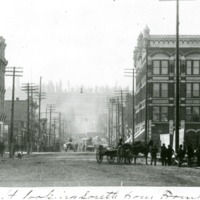 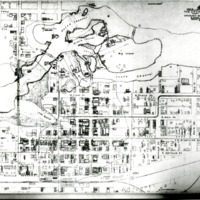 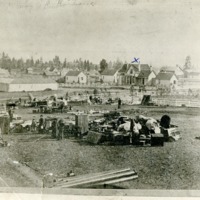 "Site of Spokane fire of 1883. The x marks Glover's house. It was later moved to Browne's addition." 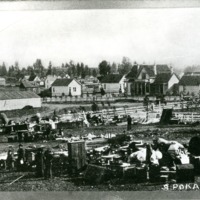 "View of a portion of the city after of the fire of 1883 showing piles of goods scattered somewhat about." 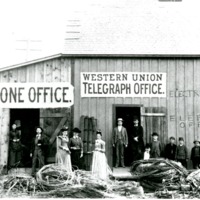 "Washington Water Power temporary headquarters after the Spokane fire of 1889. The great fire struck the city's downtown in early August, just five months after WWP was created. Using any wire that would carry 10 amps - including barbed ware -…